Setsquare has worked with Stratford-upon-Avon Town Council (STC) for over 12 years and provides design and marketing services for the public facing side of the organisation, which includes their regular newsletter 'Bridging the Gap'.

Part of STC’s responsibilities was to deliver a Neighbourhood Development Plan, one of the largest in the country. Setsquare were appointed to help STC achieve a YES vote in the referendum.

We were asked by STC to help them inform the town of the upcoming referendum vote for the Stratford-upon-Avon Neighbourhood Development Plan.

In order to inform the whole town of the upcoming vote we liaised with local press, organised attendance at public consultation meetings at venues throughout the town and created and delivered a social media marketing campaign.

As a publicly funded body the Council were restricted as to how they were able to motivate the public to vote. We were not allowed to promote for a Yes outcome. We were only allowed to "inform" the public to the potential benefits that having a Neighbourhood Plan may bring. We could only encourage them to vote and to inform them of the facts. Therefore, we finally settled on a campaign titled "10 reasons to vote" which highlighted key points to the residents.

This proved positive as many residents at first thought that having a Neighbourhood Development Plan was another way for the council to approve more planning, when in fact, it was to help keep the character of the town and to ensure correct infrastructure was in place to improve the town.

From this, STC achieved resounding approval, with over 80% of those who voted, voting "Yes".

What the client says:

"The dedication and commitment from the team at Setsquare was a major contributing factor in the Town Council succeeding in gaining an overwhelming 'yes' vote. They were always willing to 'go that extra mile' and resolutely led us from conception to completion with an eye for detail, cheerful good humour, and a ruthless observance of deadlines. I have no hesitation in recommending this highly creative company." 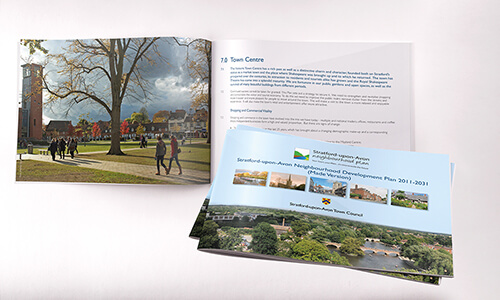 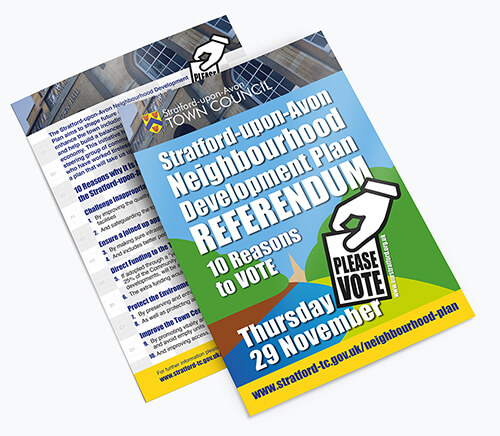 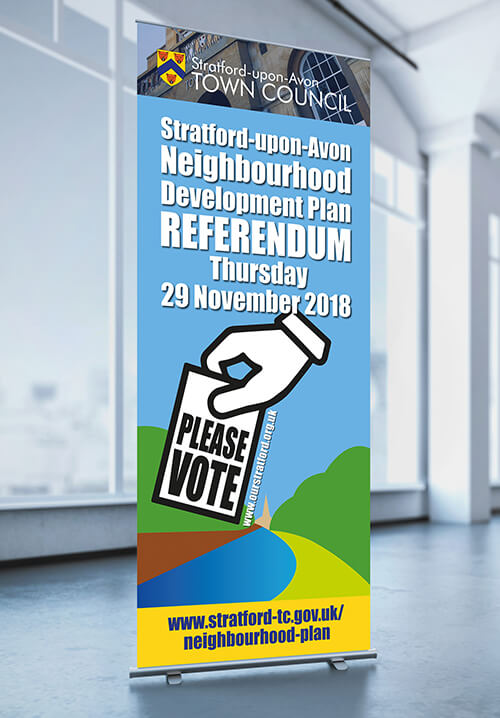